GM food crops – Why India must say no

When the Genetic Engineering Appraisal Committee (GEAC) on July 18 decided that open field trials of 21 new varieties of genetically modified (GM) crops should be permitted, the arguments contra and pro became considerably more intense. That a single committee is seen to have the experience and foresight to judge the consequences of allowing open field trials of genetically modified rice, wheat, maize and other food crops can hardly be believed, but that is the state of what passes for ‘regulation’ these days. 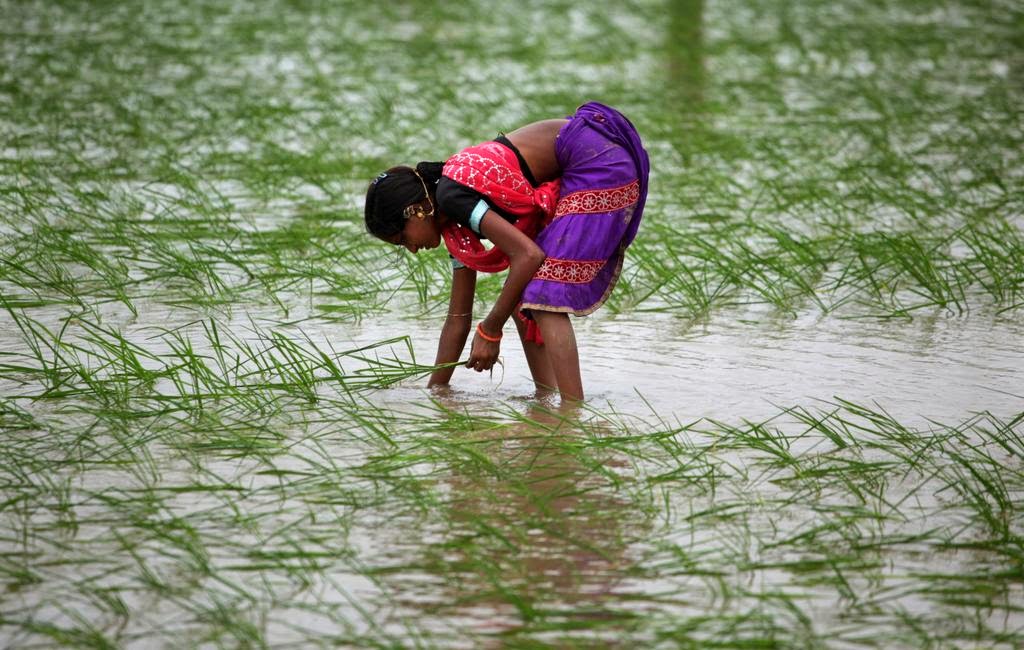 Desperate to corner the Indian market, which is seen in international agri-business as vital for the long-term profitability of the food bio-tech companies, the GM seed companies have pulled out many tricks in order to try and make their arguments convincing. The latest attempt is to claim that India needs GM food crops to feed its growing population and that without GM crops we will never be able to feed ourselves. This claim is worse than specious and is amongst those that provoked outrage enough to lead the Minister into distancing his Government from the decision of the committee.

What GM technology proponents fail to tell you is that India has been self-sufficient in food staples for over a decade, and more than that for cereals. Today the country grows about 100 million tons (mt) of rice, 95 mt of wheat, 170 mt of vegetables, 85 mt of fruit, 40 mt of coarse cereals and 18 mt of pulses (refer to the Economic Survey for the data). These totals ensure that our farmers grow enough to feed all Indians well with food staples. We have 66 mt of grain, two-and-a-half times the required buffer stock (on January 1, 2013). The country has reached this stage through, first and foremost, the knowledge and skill of our farmers who have bred and saved seed themselves and exchanged their seed in ways that made our fields so bio-diverse.

This is the aspect that the GM proponents, such as Amol Parth (‘GM Field Trials-Government must be guided by Consumer and Farmer Choice‘) miss or omit by design. Instead, the statements that they use such as “thousands die of hunger daily in India” are irresponsible and baseless scare-mongering with a view to projecting GM as the only answer. When our people go hungry, or suffer from malnutrition, it is not for lack of food, it is because their right to safe and nutritious food that is culturally connected has been blocked. That is why it is not a technological fix problem and GM has no place in it.
Recognising the wider context, the Technical Expert Committee appointed by the Supreme Court, in its interim report of October 17, 2012, had also recommended a ten-year moratorium on field trials of Bt food crops. Why did they do this? No field trials of Bt transgenic crops until gaps in the regulatory system are addressed, the committee had said. Field trials are conducted before establishing biosafety as GM contamination from field trials may be detected after years, and such contamination is irreversible. Yet the GEAC has chosen to ignore the Supreme Court recommendations – this must be questioned.
Moreover, the TEC could not find any justification for India becoming the first country where major food crop that is directly used for human consumption is genetically modified. The health risks are too great. Routinely, the GM industry influences scientific journals to publish reviews purportedly showing that GM foods are safe on the basis of long-term animal studies, whereas they show considerable evidence of risk and use unscientific double standards to reach conclusions not justified by the data. This is part of the GM lobby’s bag of dirty tricks, a bag now opened in our country.
A common argument made in favour of GM crops is that the farmer benefits as yield increase. This is a totally spurious claim designed to hoodwink our farmers, who are already struggling with high input costs. European countries are often criticised for their opposition to GM whereas impartial research has shown that Europe’s mostly non-GM agriculture delivers higher yields than the USA’s mostly GM agriculture with less pesticide use. On the contrary, it is the GM-adopting USA that is falling behind Europe in terms of productivity and sustainability.
Seventeen years after its introduction, only 3.4 per cent of the world’s agricultural land is sown with GM seed. If this technology is as wondrous as its mischievous supporters claim, and is the answer for improved yield and lower costs, why has it not been embraced more widely? Quite simply because the good sense of farmers has halted its spread. Food growing countries, states, districts and farmers understand fully well that GM technology is about patents and control. Letting GM in will mean exposing the farmer, the consumer and the nation to unacceptable risk. Our seed sovereignty is dear to us. That is why the Bharatiya Kisan Union (BKU), India’s largest farmer union, on July 21, stated that GMOs are unsafe and are not needed in India.
For a country that has great diversity and a vast repository of seeds and knowledge that come to us from agricultural systems many generations old, it is in our national interest to protect our seeds and traditional knowledge and bar multi-national seed companies that want to control our food system. This is what swadeshi economics means.

Viva Kermani
Bangalore, India
A post graduation in Environmental Management from SOAS, UK, my areas of interest are ecology,environmental economics and policy, and Dharma . I write regularly in online media portals on issues of natural heritage and GM food.